Hits From The Blitz 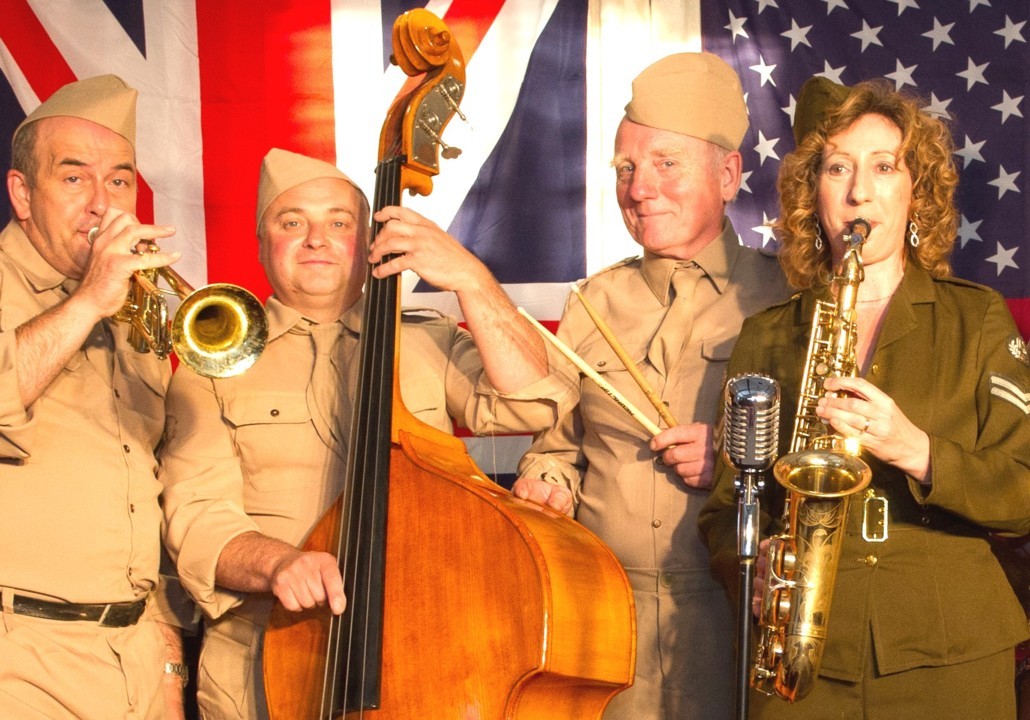 From London’s Leicester Square Theatre, the unique “feel-good” 1940’s show. As featured at Dame Vera Lynn’s Charity Gala Nights. Famous War-Time tunes & “sing-a-long” songs brought to life by the singers and multi-instrumentalists of the 1940’s Five Star Swing band, (“Superb, they swing like crazy!” – Sheila Tracy, BBC). Featuring Simone from the latter days of the Ivy Benson Orchestra plus Chris Smith (Jnr) composer and arranger for Glenn Miller’s Brother, Herb and the BBC Radio Big Band. “A formidable Swing Band…beautiful ballads to glorious Big Band sounds !” Tony Parker, Encore Magazine. Five Star Swing was featured in the National theatre tour of “Military Wives” – Chris Says, ” I’ve been brought up with this style of music as my father (Chris Smith Snr) played trombone for Frank Sinatra on his European tours. It’s a great atmosphere created by the band enjoyed these days by all generations”.